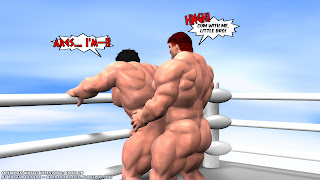 Hercules, as a result, was driven wild.  He eagerly pushed back to meet his big brother's groin.  His tunnels squeezed down around Ares' sword, urging the dominant male to continue.

Ares gripped Hercules' meaty hips and drilled his godhood deep inside the demigod's hot, accommodating butt.  He slapped those large, toned globes roughly and decided to ravage that hole with everything he was worth.  He wanted Hercules to forever remember that moment.  And Hercules would. 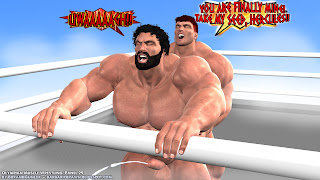 "YOU ARE FINALLY MINE!" Ares roared for all within Zeus' domain to hear.  "TAKE MY SEED, HERCULES!!"

The two Olympians remained as one as they enjoyed the end of their wrestling match.
Posted by Lucky Stallion at 9:43 PM