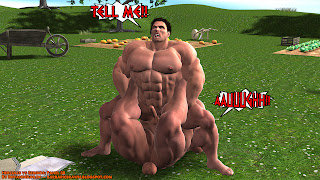 Hercules came to his senses just as Sergios turned him onto his belly and yanked his legs back!

"TELL ME!!" Sergios shouted again and again with every press down!  The intensity of the hold was amplified by the incredible strength Ares had given the human.

Hercules screamed in pain, but refused to tell his foe of his immortality!

Finally, Sergios let go.  In his frustration, he drove his foot into Hercules' side.

The godling took the blow with a grunt and a groan.  His legs felt as though they'd just been crushed under a pillar of the Parthenon!