Run, Jacob!  Hide!  It's the... unnamed goop monster guy thing!  I was testing out a new shader I bought and, while he still needs quite a bit of tweaking, I'm happy with what emerged from the goopy mess.

He takes a long, long, freaking long time to render compared to what I'm used to -- especially when I tested him as semi-transparent.  I may end up making him more like a gelatin whenever I get around to using him again, but for now I wanted to post his test for you guys. 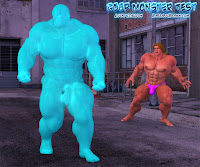 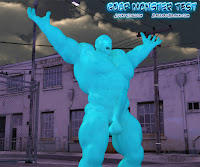 Update: I went ahead and added transparency to him after running a few more tests.  I think he may still need some more work, but I managed to find a good balance of opacity.  When I end up doing something like this in the future, I'll add more goop around him so it looks like he's dripping the slime he's made from. 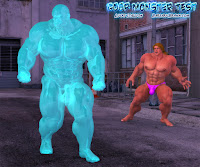 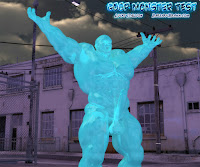 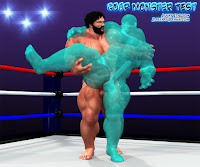 Posted by Lucky Stallion at 7:25 PM