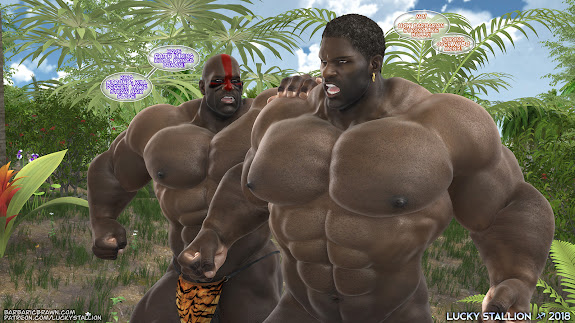 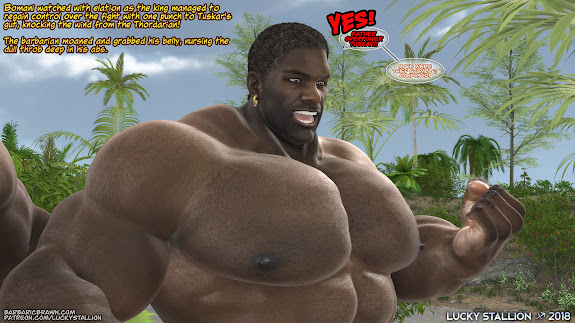 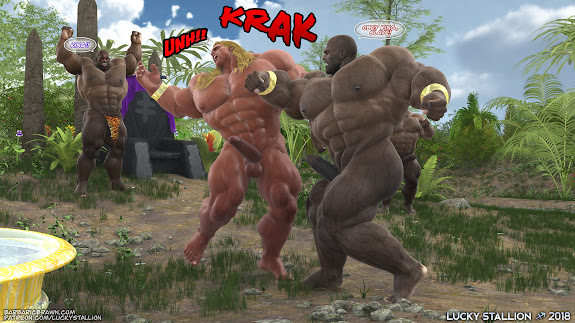 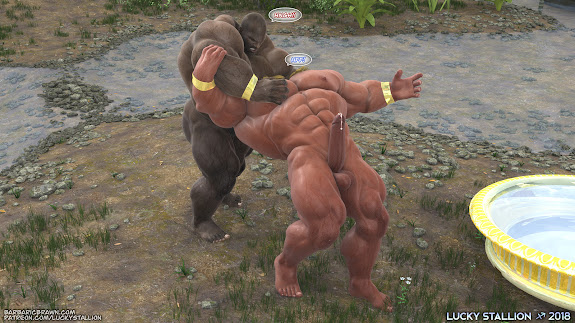 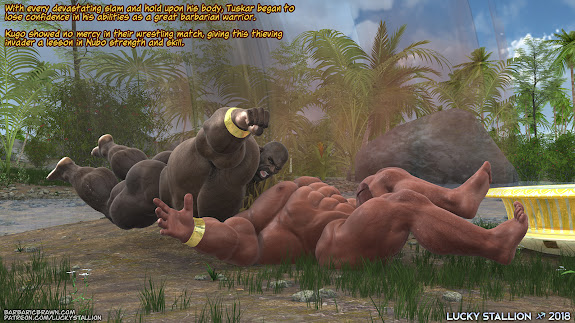 This is Part 2 of my reimagined take on Tuskar, my first original character here at Barbaric Brawn.  If you need to catch up with Part 1, click here to check it out!

Tuskar has triumphed over Prince Bomani, but in his eagerness to breed his conquered foe, he left himself open to attack from behind and fell into unconsciousness!  Tuskar is bound and carried deeper into the hot jungle region known as Nubo.  It's there that he must face his greatest opponent yet and the consequences of his attempted theft of the fabled Axe of Power!

Sitting upon his royal throne, King Kugo awaits the arrival of the thief with hair the color of straw known as Tuskar! 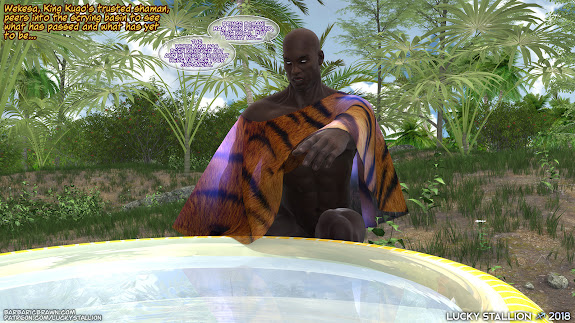 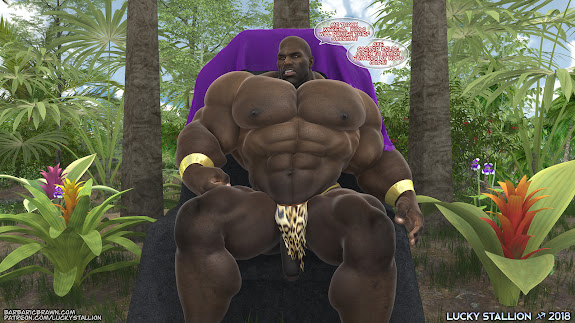 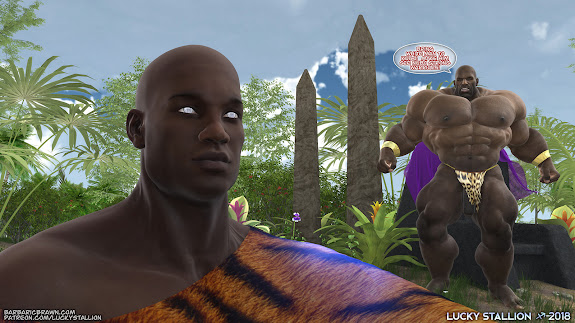 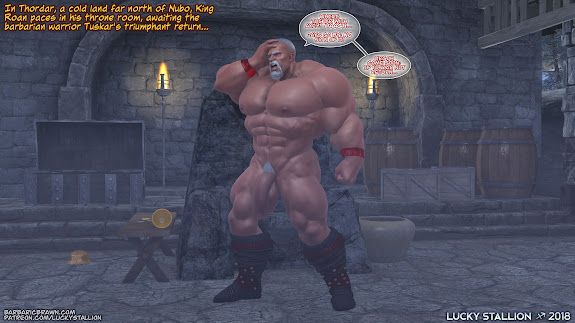 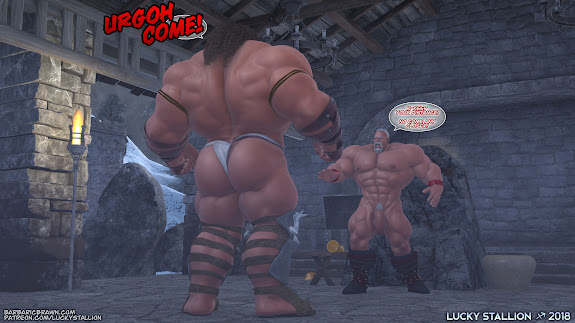 Jamie owns the best spa in Muscle City, and that's where Alexi and Ryan decided to go to get away from the piledrivers and suplexes -- at least on their vacations from work in the wrestling ring.

But when the two arrived, they found they traded one kind of bodyslam for another!  The Brazilian Bodyslammers, Fábio and Gabriel, were licensed masseurs, passionate in the art of relaxation.  When not wrestling, the identical twins worked part time at the spa.

While the two tag team partners were surprised to see one another (especially after their previous clash in the ring,) there were no hard feelings on this day. 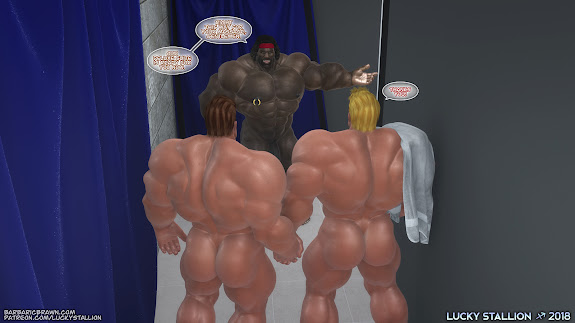 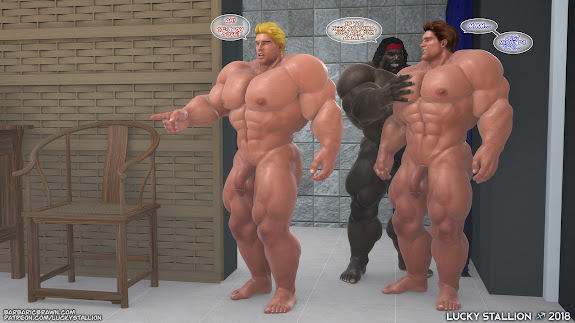 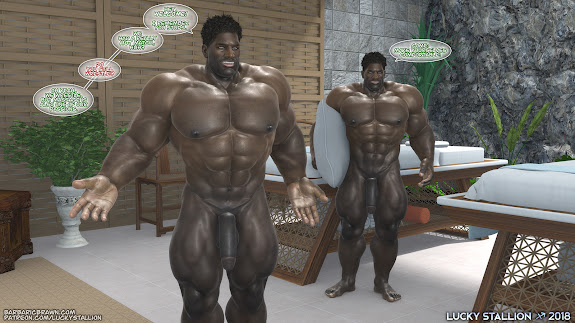 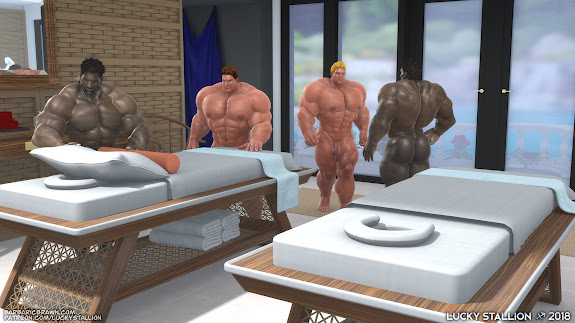 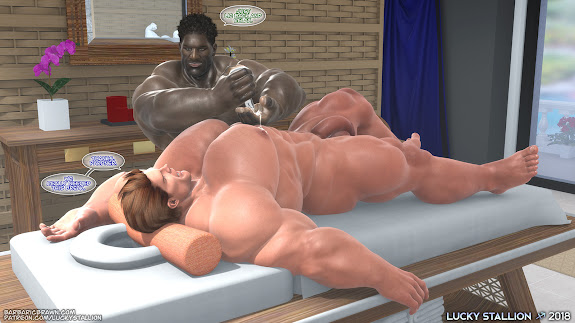 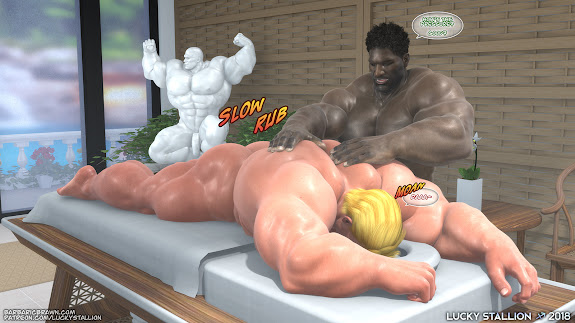 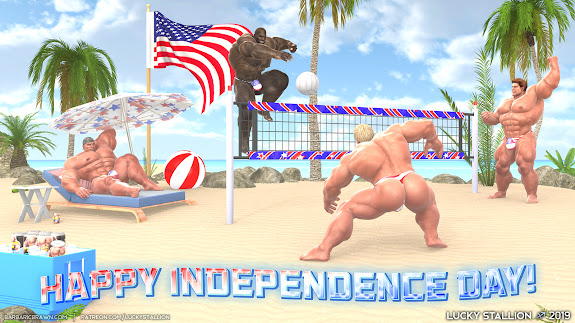 Happy Independence Day to all my American visitors (and happy muscle studs playing on the beach day to everyone else!)
Posted by Lucky Stallion at 5:08 PM 1 comments