Infiltration: Part 2 takes place a little more than a week after the events of the first story.  Cap has been detained in a secret holding cell somewhere in the wintry Siberian wastelands, kept to be pumped for information (among other things!) and used as a training dummy for the Soviet Union's up-and-coming superheroes.  The super soldier is a requested favorite among many of them.

In this crossover story, a new original Soviet hero is revealed, Dmitri Crushnov, also known as Comrade Crusher (many thanks to Sharlin for help with Crushnov's hero name!)

Will the all-American hero lose himself forever to the musclebound Soviets, or will he somehow find a way to break out and regain his freedom? 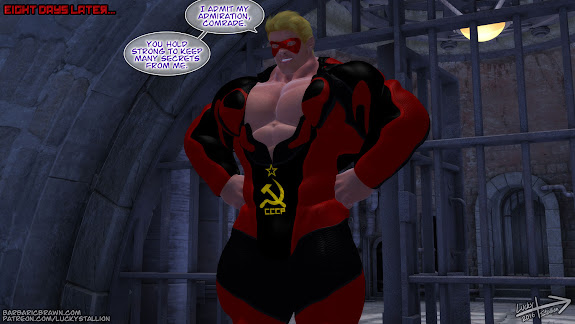 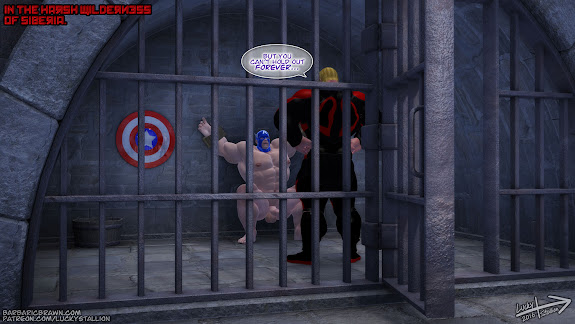 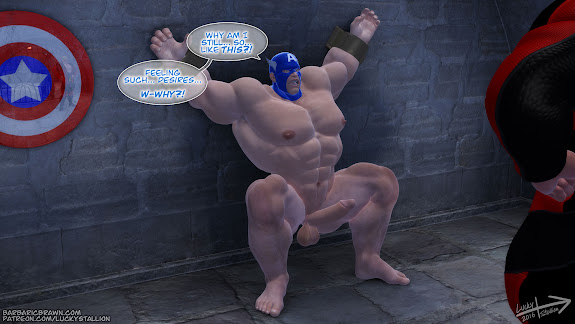 This image set was a little different for me, I remember.  I had wanted to do something a little sweeter than usual (this is before the battle, after all), and I was experimenting with some different lighting, slightly different style, and brand new characters.

This was also a scene that was constantly crashing my studio and was the main reason I needed to build an entirely new computer.  Even though it gave me so much grief, I did like how this one came out. :)

Here's Before the Battle: 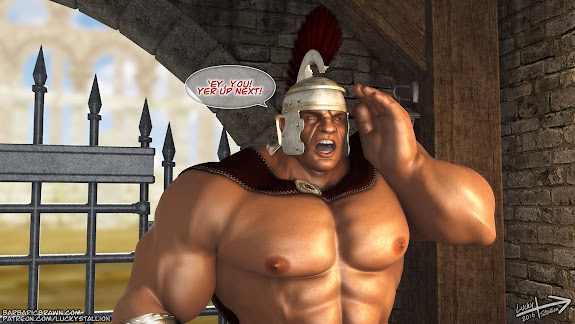 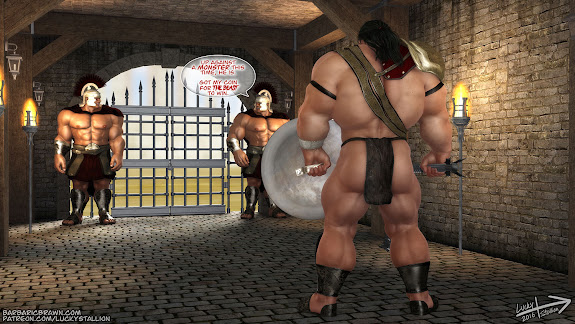 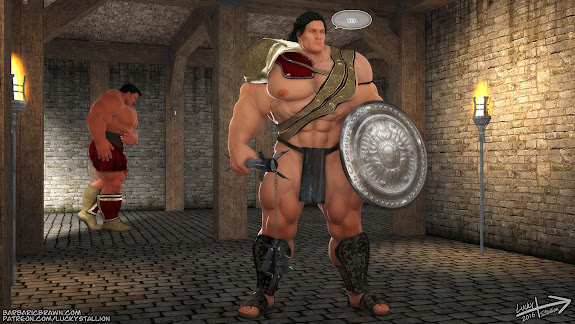 Click here to continue »
Posted by Lucky Stallion at 2:05 AM 3 comments

Labels: patreon, story: before the battle

Here's a pack of my studs in pin-up form, as requested a while back from one of the patrons over at my Patreon!  These were pretty fun to do and I'm happy with the way they came out.  It's also the first time I've used Prince Naja, the snakeman, in a very long time.  I'm slowly developing his (and Ylandarr's) story in my head as I work on other projects. 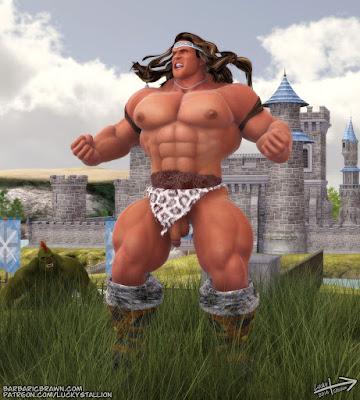 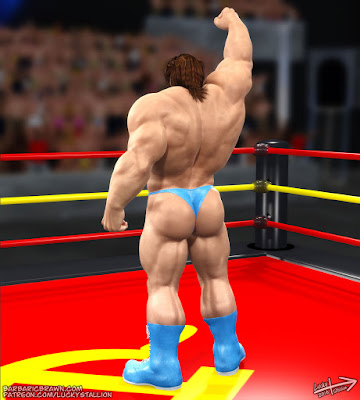 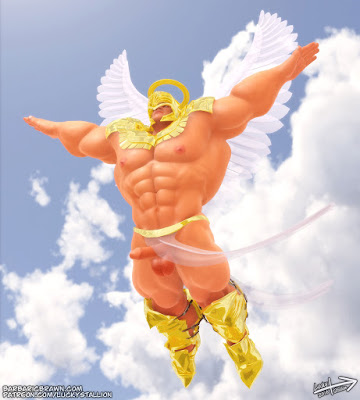 Click here to continue »
Posted by Lucky Stallion at 12:43 AM 4 comments