This is Ylandarr, the champion of the human race destined to face off against the snakemen and their warrior, Prince Naja, for the right to be the world's top dominant species. 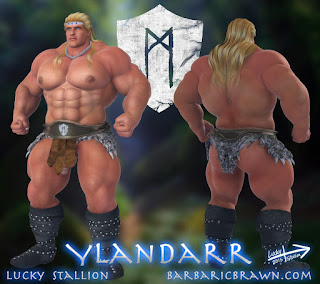 I'm really happy with the way he turned out.  I originally had him with brown hair, but I have a major weakness for big, blond barbarians *coughcough* so I flipped him back to looking more like a Norse god.

Have a great week, everyone!
-Lucky
Posted by Lucky Stallion at 8:35 PM