Orcs on the Rocks

So, it had occurred to me that I've been neglecting those green, meaty studs called orcs!  Originally, this scene was only going to contain one of these lovable brutes, but I just kept adding more and more until the area was populated and alive.  I added in a couple of orc-hungry humans to give the two on the left some fun.

I'm in the process of figuring out a remake of my original orcs-versus-men story.  Looking back on it, that one was unbelievably ambitious for me at the time.  Doing it now, with the new skills I've picked up, should be a bit more interesting.  In the meantime, though, here are some Orcs on the Rocks for you to enjoy! 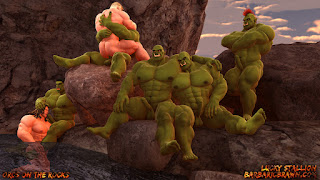 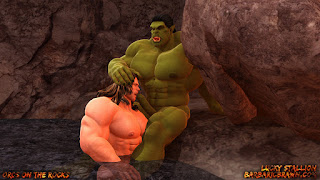 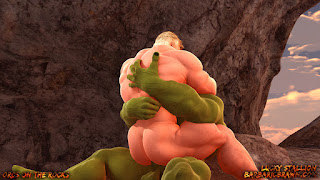 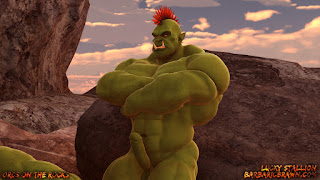 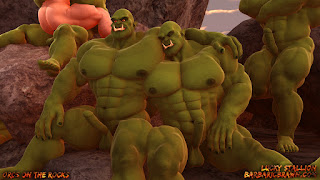 Posted by Lucky Stallion at 5:40 PM