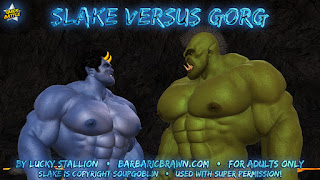 It's done!  And Gorg, my mohawked orc, was the mystery opponent!  This is my first crossover and I wanted to make sure it was good before it was posted for you guys to enjoy.

There isn't a text component to this story.  That's partially because I just don't have the time to write one, but because of it, I was able to dedicate more toward the art and add quite a few more panels than I originally planned.

Slake and Gorg are the latest victims of Kzak, my red-hot trickster demon.  Just before their capture, Kzak whispered a set of instructions into their ears, "Fight for me now, I tell no lies: neither goes back 'til the weaker one cries!"

Pulled away from the world of the onis, Slake suddenly found himself in a strange, lava-surrounded cavern with thick, impenetrable stalagmites.  Unable to free himself, the blue-skinned oni stud sat upon the protruding rock near the middle of the black, rocky room.

He wouldn't be alone for long, however.  As he was crushing a small group of human warriors, Gorg didn't hear the strange whisper before he was mysteriously vanished.  The men's reprieve was short-lived, however, as five burly orcs came upon them like a swarm.

Gorg looked around the large cavern in mild wonder before he sniffed the air and noticed that he wasn't the only one there... 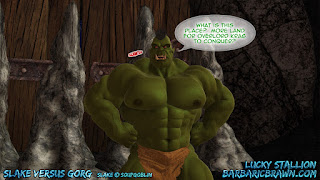 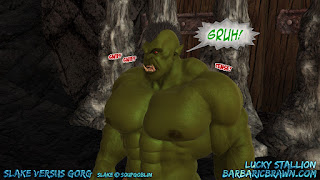 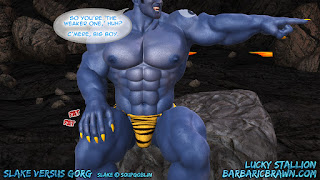 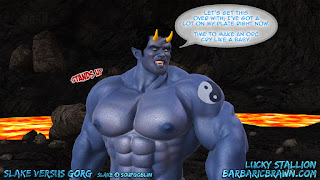 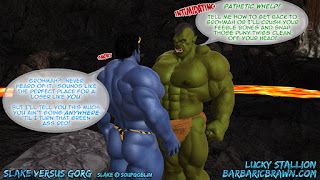 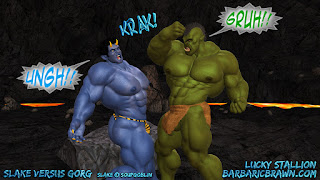 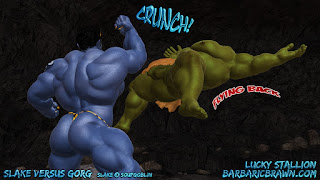 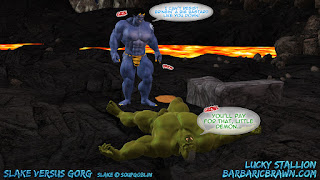 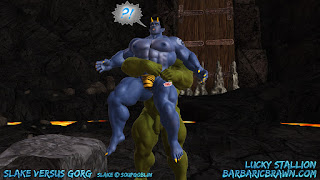 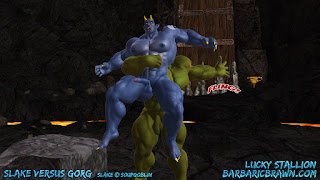 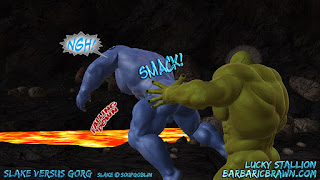 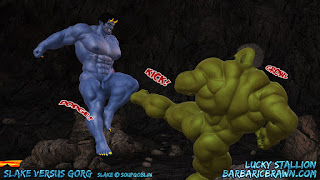 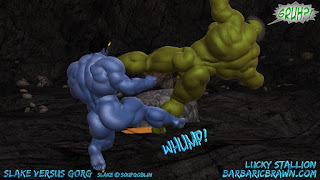 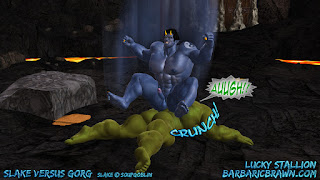 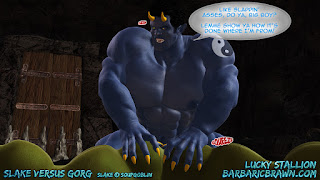 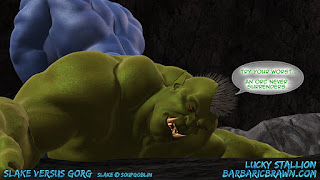 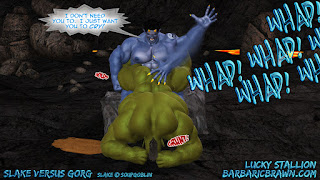 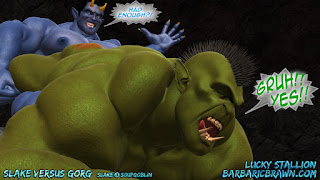 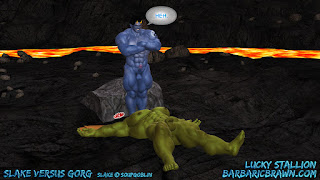 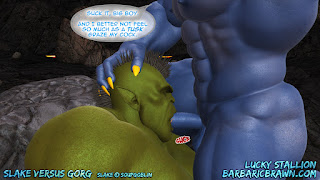 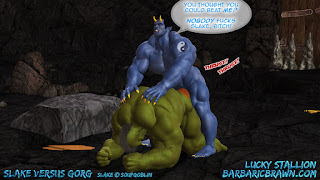 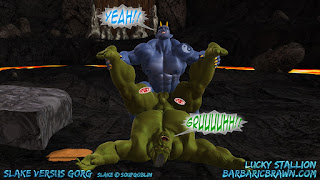 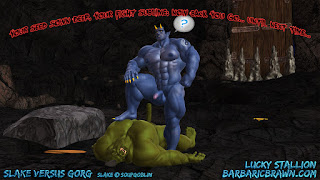 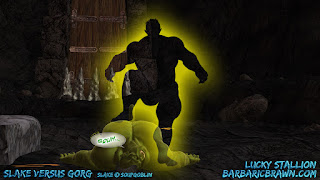 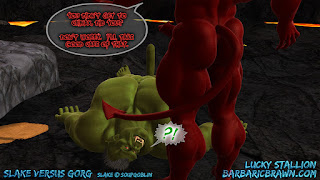 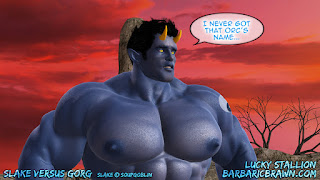 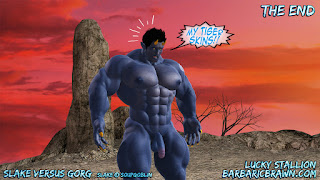 Posted by Lucky Stallion at 1:57 PM