Fabio and Gabriel, also known as the Brazilian Bodyslammers, are at their coastal home in Rio de Janeiro, Brazil.  One of the Muscle City Wrestling Federation's big events, Stud Slammer VI, is rapidly approaching, and Fabio has earned his right to battle Billy Bronx for the World Middleweight Championship title and belt!

Gabriel has been helping his identical twin train for the big title fight.  And on that sunny, warm day, the two step into the ring to get one more practice match in before their flight to Muscle City. 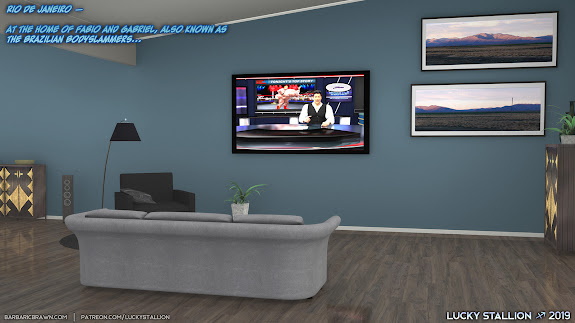 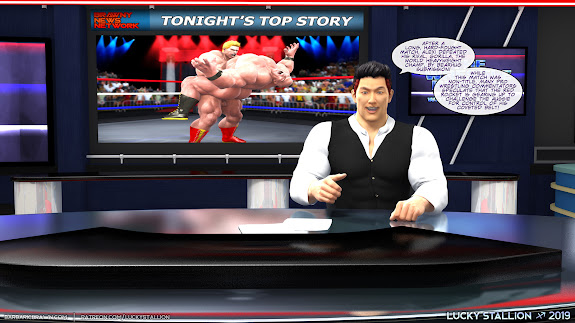 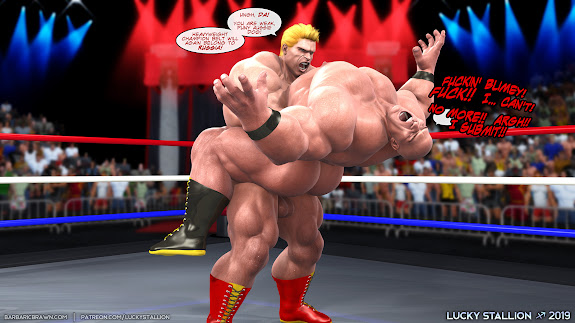 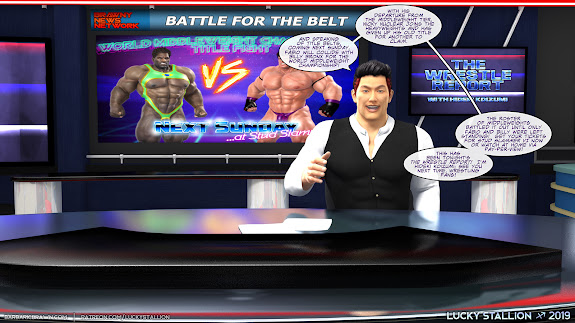 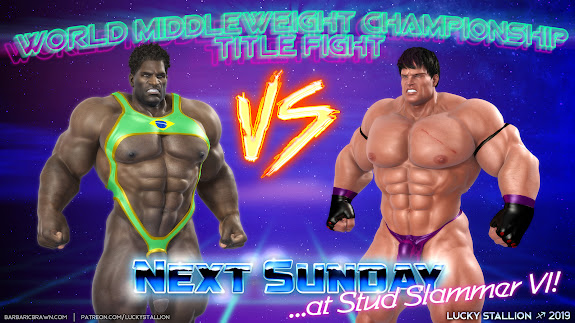 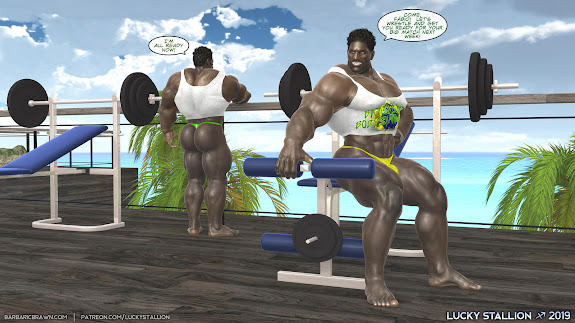 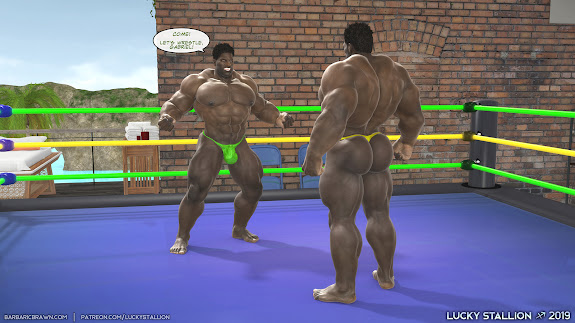 Click here to continue »
Posted by Lucky Stallion at 3:48 AM 4 comments