When he enters the lockerroom, he meets up with some of the federation's biggest superstuds, including Gorilla, the World Heavyweight Champion!

It's also in the arena's lockerroom that he "bumps into" Reggie, a new middleweight wrestler who he is scheduled to take on later that night... 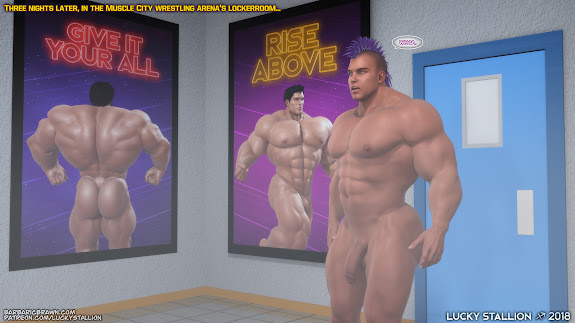 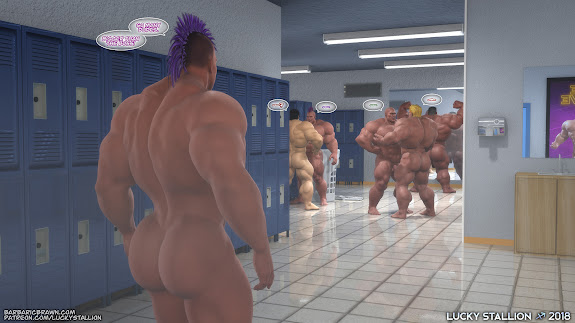 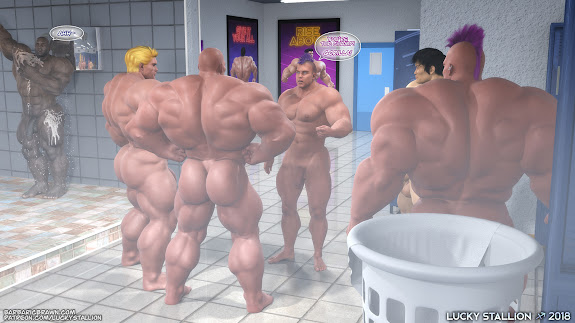 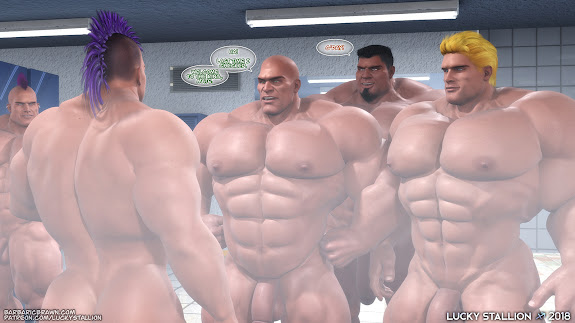 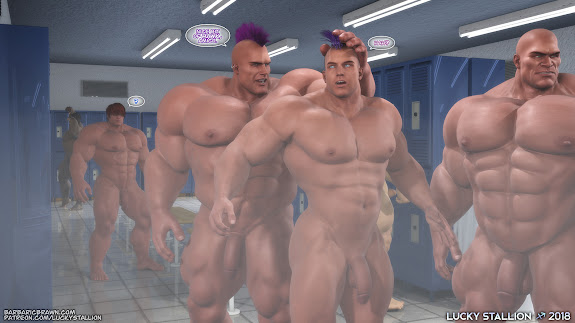 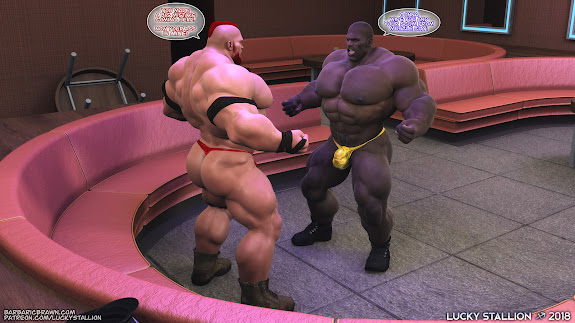 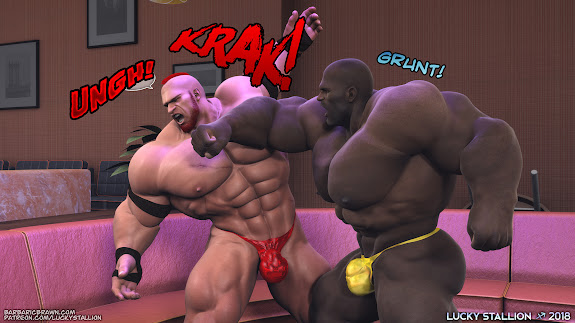 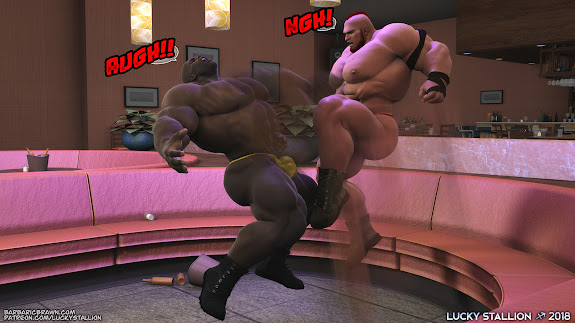 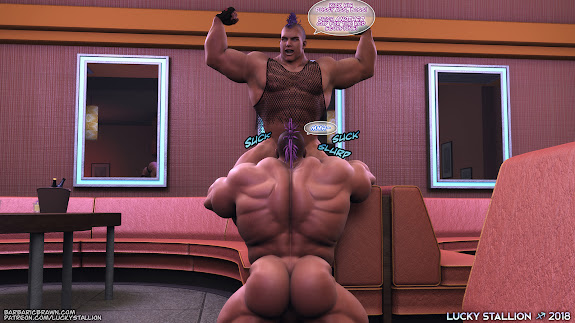 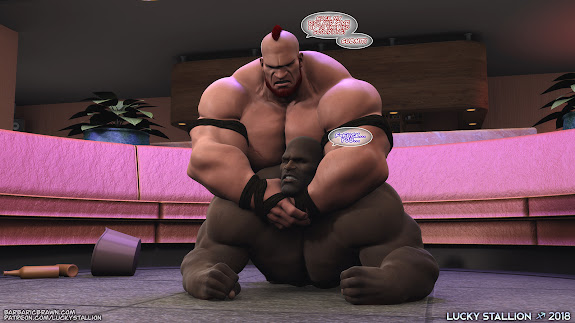 This story is On the Streets: Part 2, a direct sequel to the previous story and set in my fictional metropolis called Muscle City.

Officer Ronnie Blake is concerned with the disappearance of his partner, Ken.  With an understaffed and overworked force, the Chief of Police, Dalton Megalos, can't send a team out to find the missing cop.  Megalos also believes that Ken is not MIA, but AWOL of his own accord.

Ronnie heads out into the mean streets of the big city to find his partner and bring him home to safety! 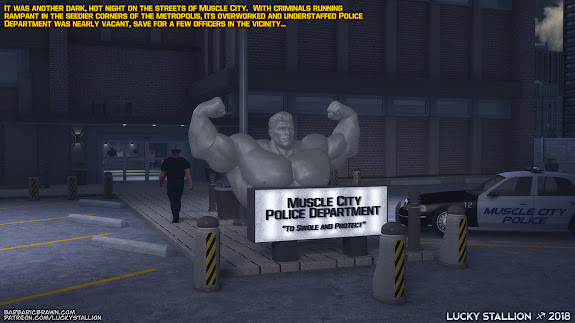 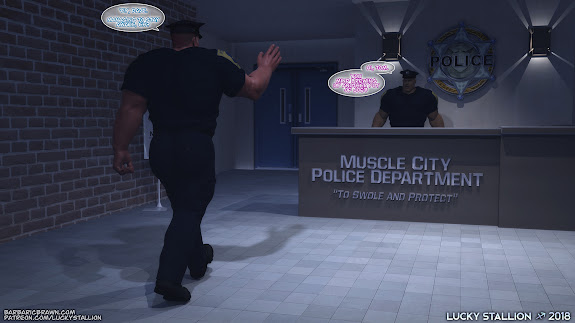 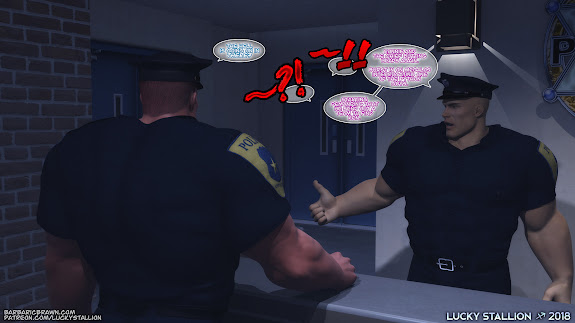 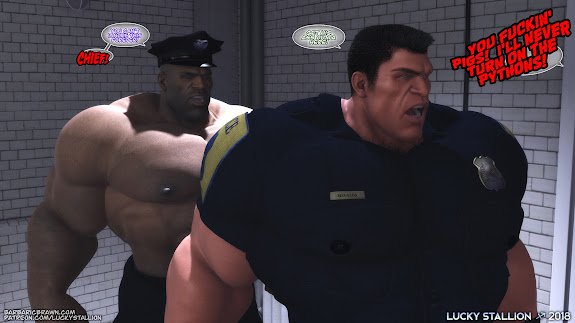 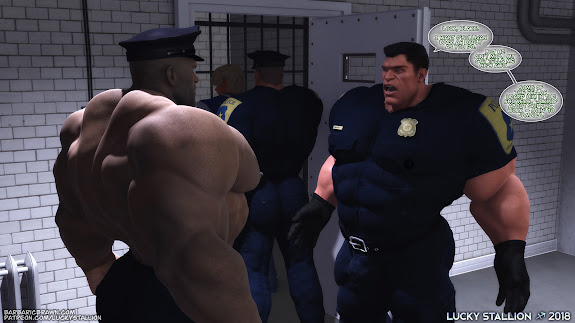