I want to wish everyone a happy and healthy Thanksgiving.  I've been rather swamped with work to prepare anything for it this year (and I really, really need a new computer soon to help with that), but I'm hoping to have a nice treat ready sometime before the end of the month.

My birthday is coming up this Saturday, actually.  I'm not sure if I'll do anything to celebrate it, though.

Have a great week, guys.  I'll be posting some more Patreon rewards here (including The Eye of Zethimia 2 which features Zeus' first full battle shown in my art) in the near future.

-Lucky
Posted by Lucky Stallion at 3:13 AM 2 comments 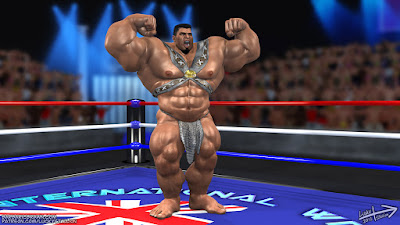 The top reward tier story this month for my Patreon will be based on a suggestion from one of my patrons involving the pro wrestling match that occurs in the very beginning (and very end) of one of my older stories, Olympian Knockout, where Alexi, Ryan, Gorilla, and Goliath are battling it out in a sex stakes tag team match.

This is Goliath’s updated model for this story.  I’ve given him some minor adjustments and now he’s ready to wrestle.  His muscles are oiled up, body bigger than before, and now sporting some sexy barbaric ring gear. 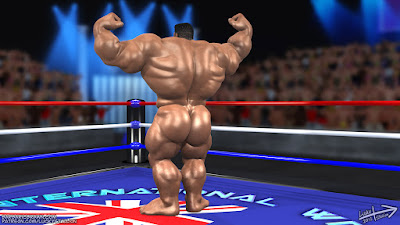 Like his name suggests, Goliath is a powerhouse Aussie wrestler who frequently takes down opponent after opponent with his partner-in-the-ring, Gorilla George (from Rematch: Alexi vs Gorilla).

Although Goliath could take and crush Gorilla, the massive man is as tame as a kitten when interacting with his intimidating tag team partner.  He enjoys being led by Gorilla’s confident, commander-like aura almost as much as he loves bodyslamming his enemies into the mat.

This story, tentatively titled Tag Team Triumph, will be up for my patrons first in the next 10 days or so!
Posted by Lucky Stallion at 2:48 AM 2 comments

This is the direct sequel to Vengeance Denied, where Brad finally sees his brother and the man named The Boss who his younger brother had become infatuated with.  Vengeance Denied Part 2 was the big story of September over at my Patreon. 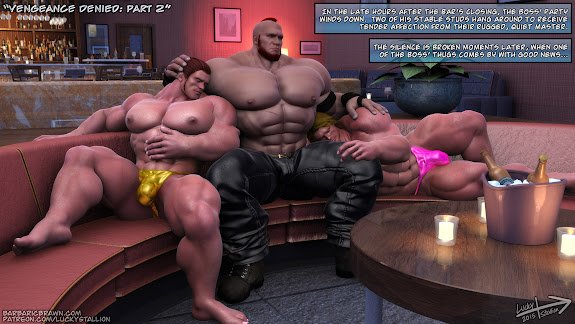 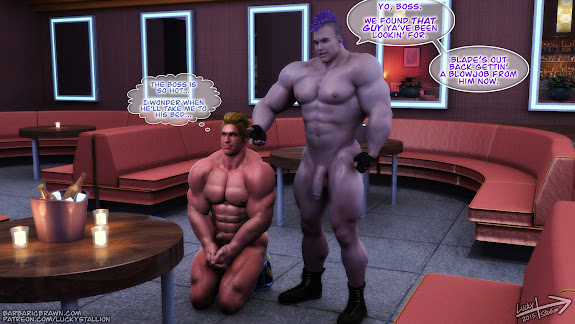 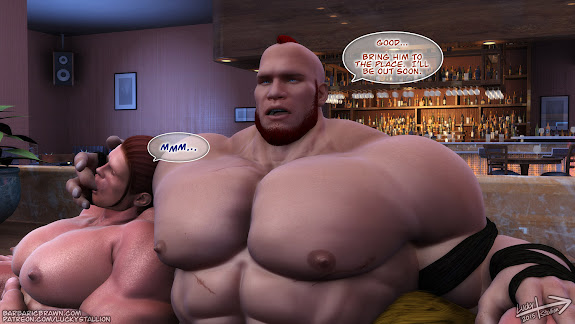 My original wrestler and World Heavyweight Pro Wrestling Champion, Alexi Volkov, stars with the famed giant himself in this single image pack from September titled: Paul Bunyan!  Paul Bunyan is one I'd been wanting to try for quite a while, and when one of my patrons suggested a giant, he quickly came to mind.

(This one was a bit crazy to do, each image taking my computer upward of 5 hours each!) 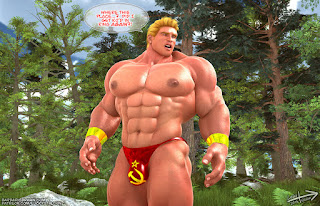 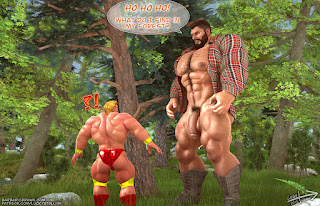 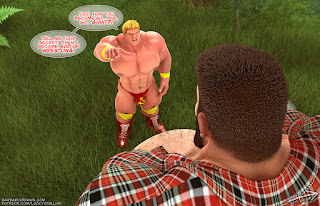 Officer Ronnie returns with this single image pack from September, On Patrol!  Ronnie faces off against Joey, from Vengeance Denied, and teaches the younger punk a lesson in street justice! 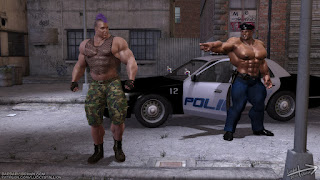 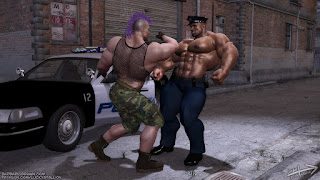 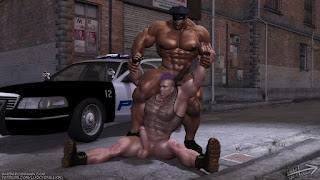 Here is the blog version of the single image pack from September, Metropolis Charity Brawl! 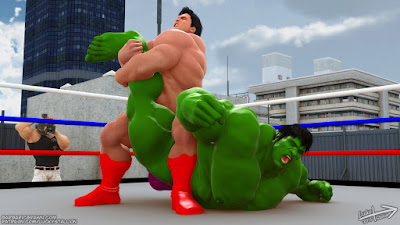 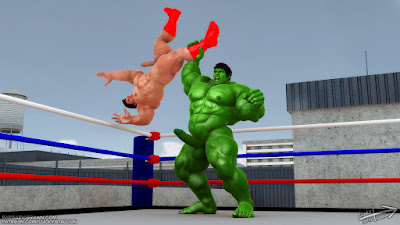 Patreon Reward: The Eye of Zethimia

Here is the blog version of the single image pack from September, The Eye of Zethimia, with Hercules facing off against Gorg! 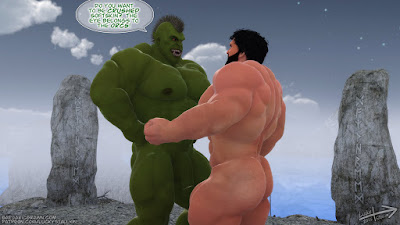 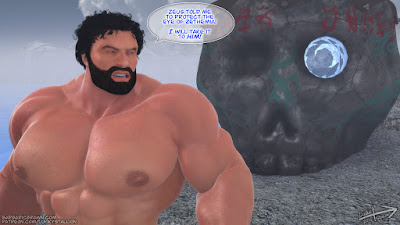 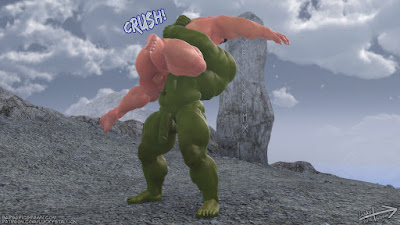