Vali and Hagen, the Wise

Here are two more characters who will make appearances in my in-development story of Prince Naja and Ylandarr.  These two are pretty much complete, so I wanted to show them to you guys! 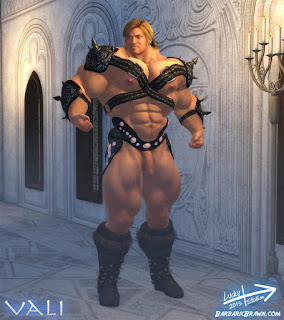 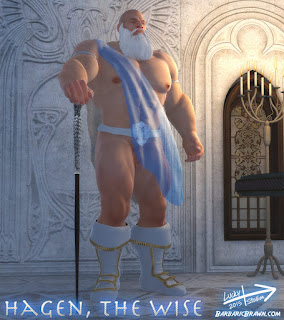 Vali is an extremely prideful man -- and quite proud of his cock, choosing to display it openly in its magnificence.  He believes himself to be the one true warrior to lead humanity to victory in the upcoming battle against the snakemen.

Hagen, the Wise is one of the oldest living human men and a man of incredible intellect.  He has spent many years of his life studying the ancient books of prophesies given to early man foretelling their future and the fate of the world.  Certain signs mentioned in the prophetic books have urged him to come forward and lend his assistance to man.
Posted by Lucky Stallion at 3:02 AM