Viper is the king of the race of snakemen that inhabit the world of human men.  He is the father of Prince Naja and the strongest of his kind.  The tyrannical King Viper rules the snakemen with an iron fist and is responsible for much of the land encroachment that has given his kingdom a secure foothold with which to expand into human territory. 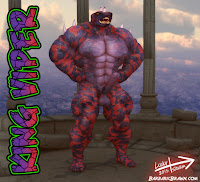 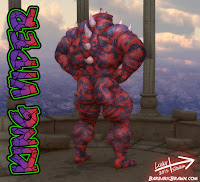 But what neither snakeman nor human have yet to realize is that the brutal king has his eyes set on something far greater than mere land conquest...
Posted by Lucky Stallion at 8:09 PM