Wrestle and Recover takes place shortly after the events of On the Streets: Part 2, with Officer Ken rescued by his partner on patrol, Ronnie.  After getting Ken's forced-mohawk shaved off and slipping into some MCPD regulation thongs, the two of them head to Ronnie's co-owned gym, Muscle City Fitness.  It's there that they find Nathan and Deshaun, two marines who frequent the popular gym.

The four men decide to have a tag team match in the gym after hours.  With high stakes agreed upon and pride on the line, only one team can claim total victory over the other! 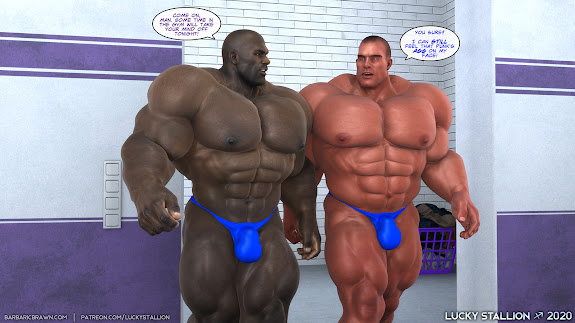 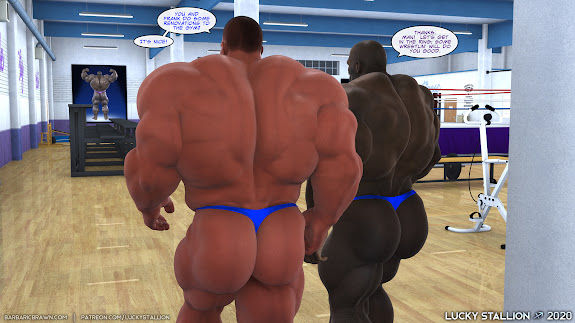 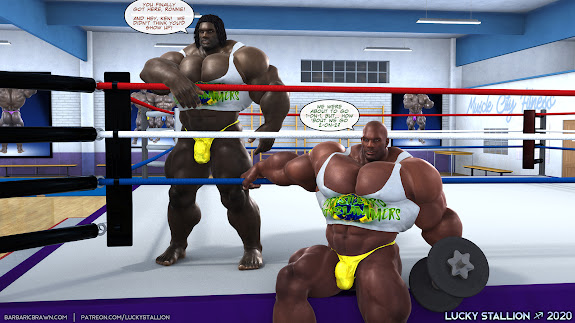 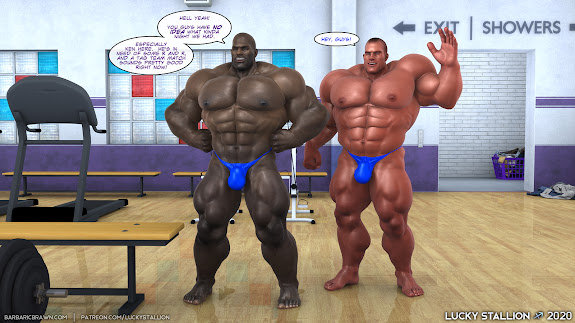 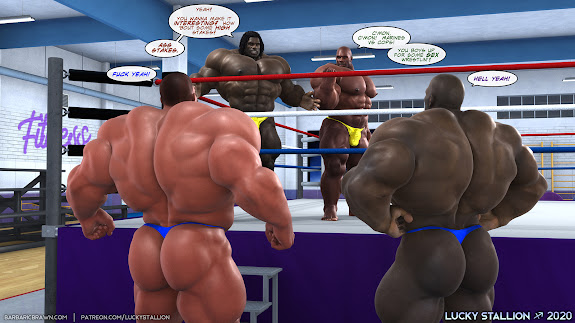 Click here to continue »
Posted by Lucky Stallion at 1:54 AM 5 comments