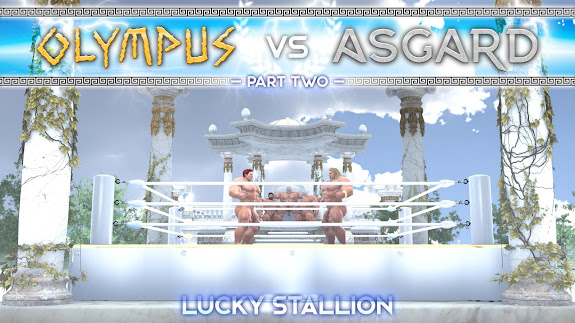 Hey again, everyone!  It's been a bit of time, but I decided to adapt Olympus vs Asgard: Part 2 to PDF.  This version comes with an alternate ending, new panels for the PDF, and all original panels remastered.

This massive story stars Ares facing off against Thor in a loser-climaxes-first fight, like Part 1's high stakes wrestling match!

Pick yourself up a copy at one of the links below.  Thank you for your support!

Buy a copy at Gumroad.

Buy a copy at Lulu.

Check out some preview pics over at my Comics blog!

Don't have Part 1 yet?  Consider getting yourself Parts 1 and 2 in one bundle pack, with a reduced price and with slight updates to Part 1 (primarily selectable text and reworked text page backgrounds.)

Thanks again for your support, guys!  I hope you enjoy!

Red vs Red 2 is one of my newer boxing stories (created with my patrons' poll results -- my great thanks to them again!) that's really more a continuation of Superslam Wrestlers, though it follows the same Soviet vs Soviet matchup of the previous Red vs Red story.

After Gorilla defeated Zangief in the wrestling ring and the two had left for the showers, Alexi Volkov rounded out one last encore match of the night with Mr. Dreamboat.  Soon after pinning the suave, masked wrestler and securing his victory, Alexi headed to the showers, only to discover Zangief, a wrestler he admired and respected, on his knees and servicing Gorilla yet again!

Emotions flare, pecs flex, and a challenge is hastily issued!  Alexi and Zangief would meet to settle their heated argument with a sex stakes match during Saturday Night Boxing! 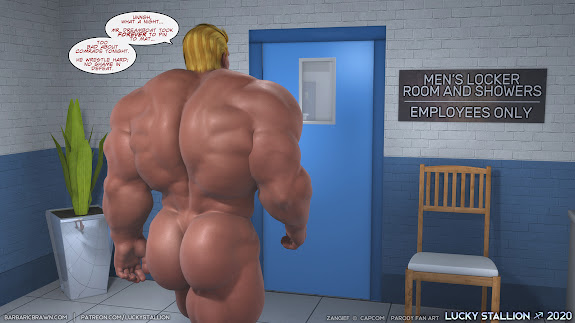 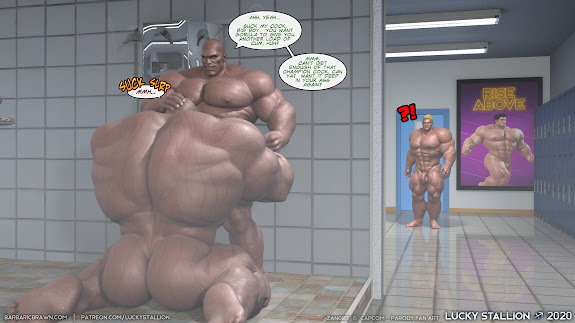 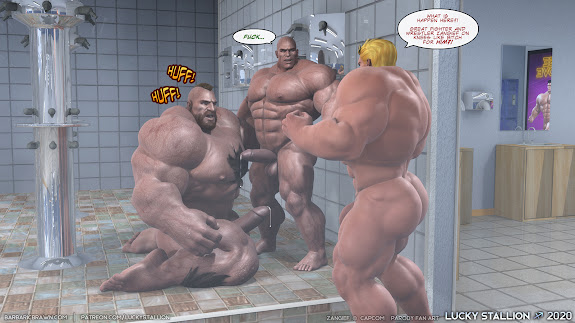 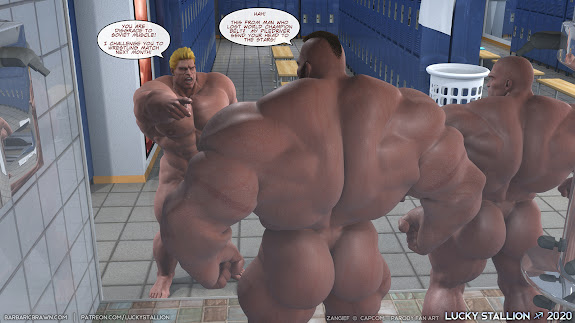 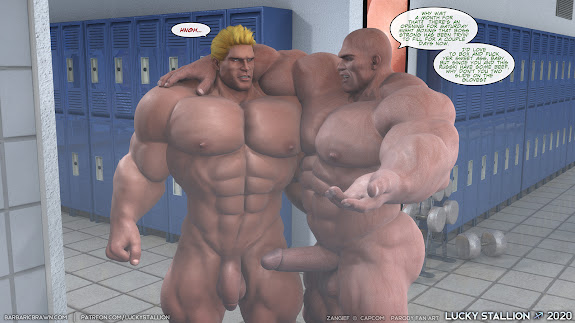 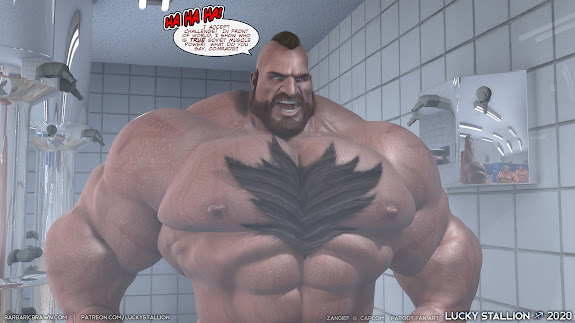