This small set takes place some time after Hercules vs the Hydra.  In that story, Hercules became the slave of his uncle, Hades, and would serve him in the underworld of death for all eternity.

Unable to bear that fate for his son, Zeus approached the dark god and negotiated for Hercules' release.  There was only one thing that Hades wished for from his younger brother.  And thus, Zeus was compelled to exchange his beloved Persephone for Hercules.

But Zeus will not simply allow Hercules to go without giving worship where it's due... 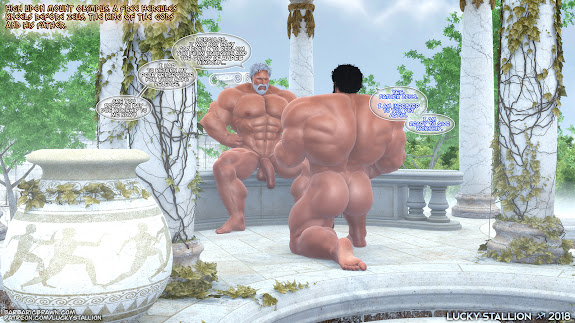 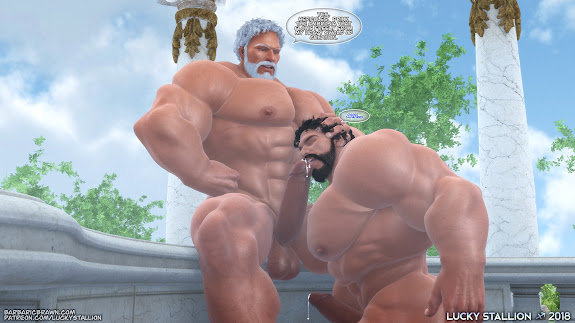 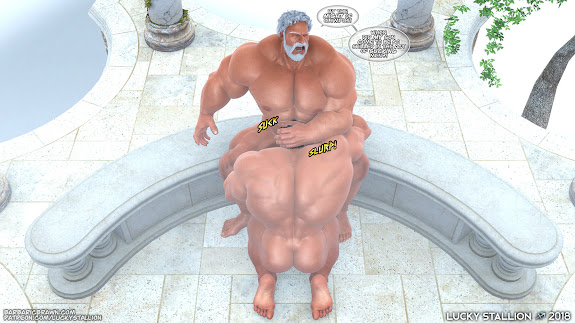 It's night in Blüdhaven and Nightwing is waiting on a rooftop for the man he both idolizes and loves to appear.  As the Man of Steel gracefully descends, he catches sight of the younger hero's virility on display.  Superman can feel his red trunks tighten even more... 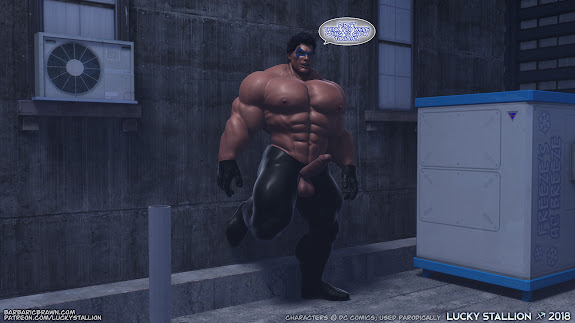 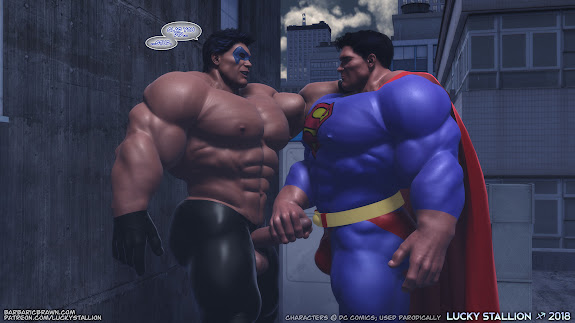 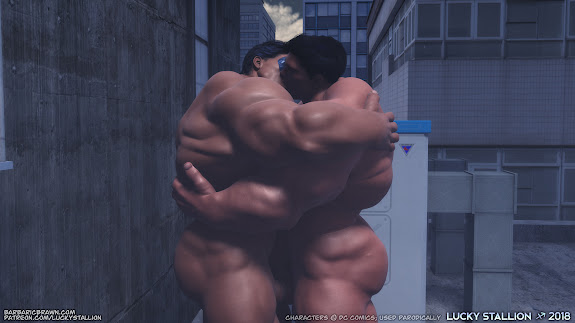 This month's Gold reward is Super Showdown, a superheroic battle that takes place in the classic (*grin*) movie, Superman IV: The Quest for Peace.  I was tempted to call it the Quest for a Piece of Ass, but figured that title wouldn't make sense.

I rewatched the movie again before starting work on this, to make sure I had some of the details right.  I think that Nuclear Man is a pretty hot stud and has a great foundation for a villain.  I hope I did him some justice here! 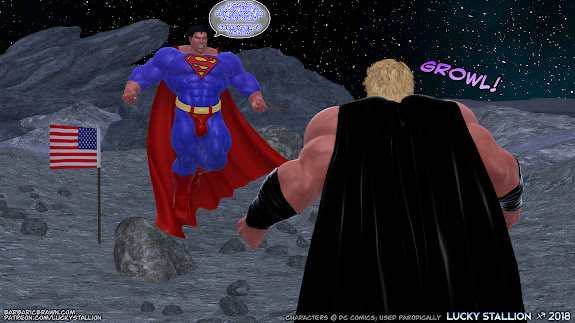 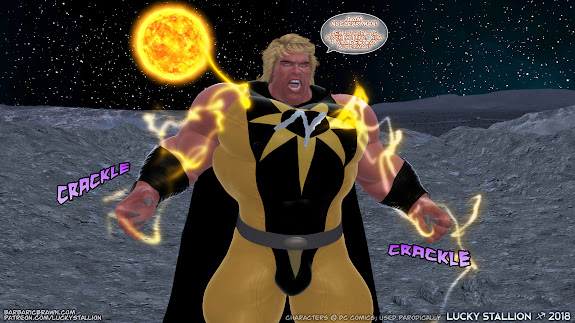 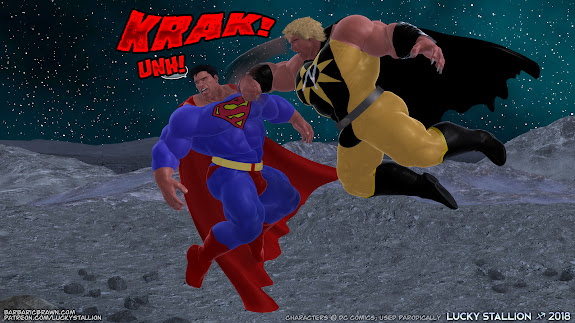 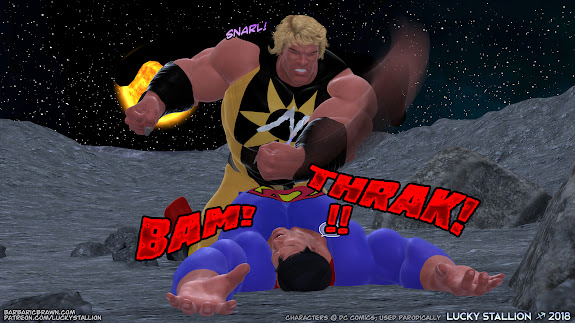