This set is a semi/spiritual sequel to the pack from November 2016 called World Bodybuilding Men.

In addition to the spiffed-up stage, I've expanded and changed out the roster quite a bit for this set.  And while there isn't any sex in this pack, there is a bit of something else that goes on... at least on stage, anyway.

There's a newcomer here in the purple thong called Gino (the Hammer).  He's an Italian professional wrestler who will be going up against Gorilla George soon!  Stay tuned for that. 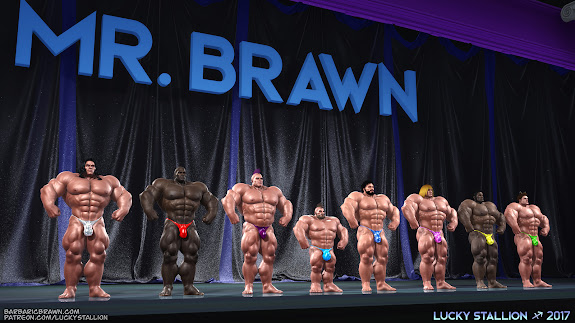 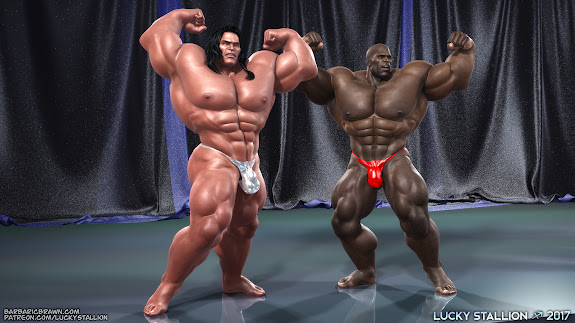 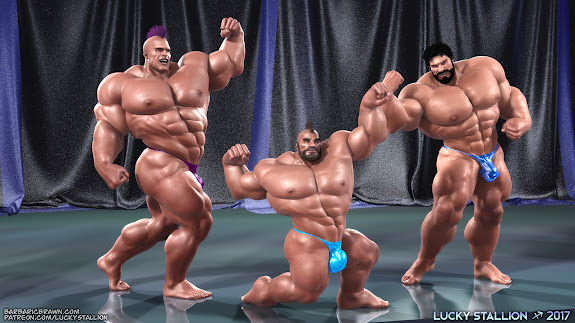 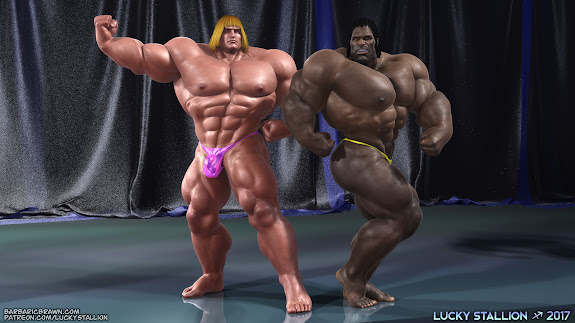 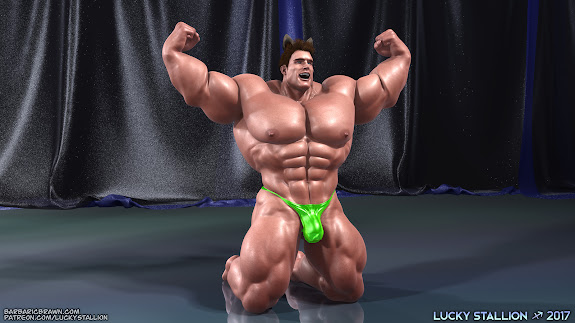 Big Red in the Hood

This is Big Red in the Hood, loosely based on the fairy tale, with a male version of Red all grown up and out on new adventures.  He may not be visiting grandma's house, but that doesn't mean the Big Bad Wolf isn't lurking somewhere nearby...  I had a lot of fun with this and I even have plans to do another later on (Goldilocks and the Three 'Bears'). 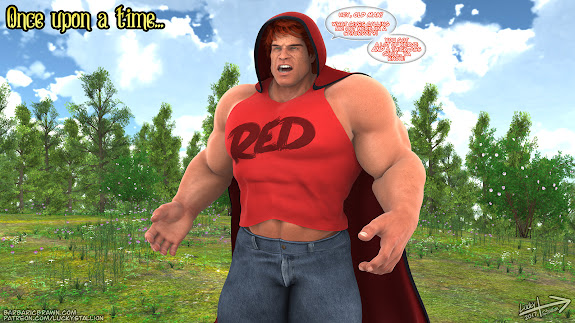 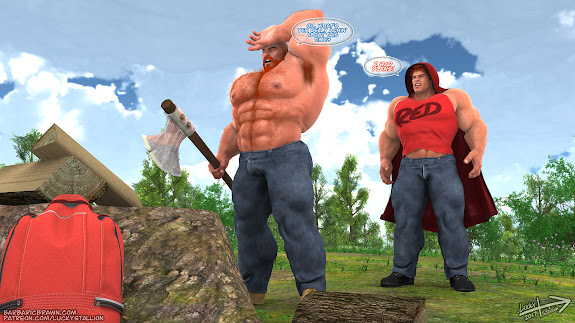 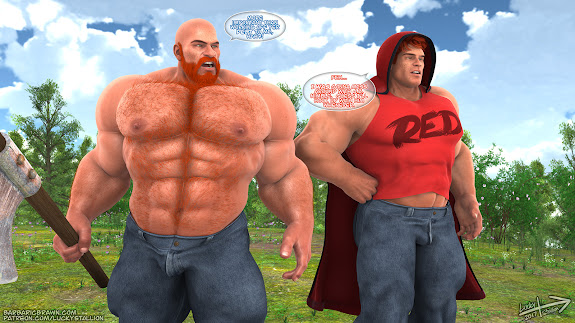 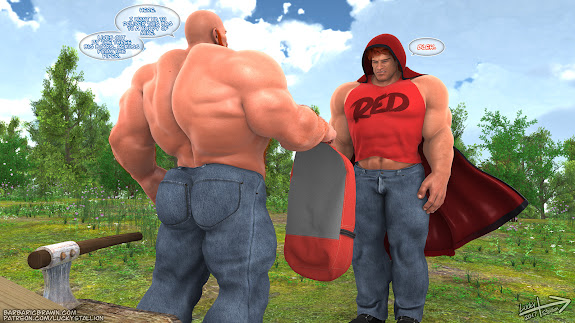 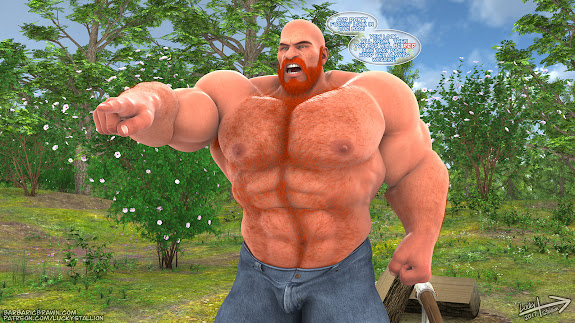